This episode was a turning point just as I expected. It was very refreshing. I needed the romance tonight. This season was missing romance and tonight it gave me life, but by the end of the episode I was let back off my high.

The episode began at Reggie’s new nightclub that April was helping him with and booked Chili for a listening party. Here Reggie is reintroduced as April’s friend instead of her love interest because he lives with his ex-girlfriend still. Charles is reintroduced shortly after as Raquel’s love interest with a napkin that read “I will go out with Raquel before the end of this month” (something to that affect) and that’s where the cute romance begins.

Unfortunately, for myself Malcolm and Sean were not in this episode. Unfortunately and fortunately for Keisha they weren’t and she got harassed in the club by some random rude dude. This led to her British accent general, William, coming to her rescue and showing that chivalry isn’t dead.

For April, this is just the beginning of her troubles when she runs into mayor Howard’s ex-wife at the club. She pressed her, April surrendered only to find out that girl was not really worried about her.

We find out the next day that Omar was supposed to be a bigtime designer of his label MoMo by now when an old classmate spots him in the store while in town for their class reunion.

That same day Raquel meets a man at the auto shop while waiting for her car. He worked there. Instead of asking her out though he just tells her where he’s gonna be later on that night- the club with his friends at 11. Lame! 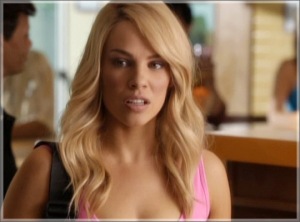 As much as I dislike her I actually felt bad for her this episode because she played herself and got played all at the same time. She put Reggie in the friends zone because he was living with his ex-girlfriend still, which sounds kind of reasonable, but he did just move to Atlanta from North Carolina. Here she is trying to put him in the friend zone when she really wants him and that’s why she gets burnt. She should’ve stood her ground a bit instead of letting the ex low-key make her back off. That’s what Reggie needed and it would’ve given her a chance to really see what the deal was.

Reggie gets approached by another woman while they’re at the gym and that’s when I know she’s feeling him without a doubt. That girl was very bold to even step to him with April right there but in the end she got what she wanted. April got put in the sister zone after her foolish rant about a bunch of nonsense Reggie didn’t care about. Duh! He’s a man.

Then, she runs into Daryl, her ex-husband, only to find out he’s in love with mayor Howard’s ex-wife, Jennifer ( I saw that coming a mile away). She calls Raquel and Keisha but they’re busy with their new men. She’s left to call Reggie and even though he answers the phone it turns out he’s busy with the girl from the gym. Like a good guy friend he still comes to her rescue and talks to her about what happened.

I will admit it is a hard pill to swallow when you realize your ex is on to the next and maybe even happier, not because you want them still, but your just use to being the person they adore. I digress.

After, Reggie comes and gives her a pep talk she finds out that his ex moved out a week ago. Now she feels dumb, as she should, and wants to admit that she wants him as more than a friend to the ladies.

She gets the #girlbye award for the week! 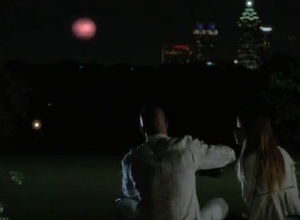 Unsurprisingly, Raquel ends up with two men. Charles from the boule (Finally!!!!) and Nate the mechanic.

Both men are charming and romantic in their own way. Nate is just a regular guy though and very rough around the edges. He’s the guy that you wouldn’t mind going out with but he doesn’t have the sense or decency to actually ask you on a date. He says everything but the actual question. Luckily for him Raquel was willing to walk him through the process until he got the hang of it. I wouldn’t have given him the time or day based on that alone, but I digress.

Let me back up though. Just the night before she went on a cute picnic with Charles at night watching the moon and they had a very intellectual conversation. He really listened and invested in getting to know about her. She opened up about wanting to learn the guitar so he taught her just a tad bit on his. He also listened and gave good advice about her issues with her parents. Then they kissed and even I felt the fireworks watching it.

The following night she went out with Nate after he came to the boutique looking for her. He showed a little insecurity as they walked through this very nice and expensive hotel that April liked for its architecture. I enjoyed that she didn’t dumb herself down for him and was also able to make him feel secure in his financial and educational shortcomings. She always adds the class I need to the show.

With that he took her into his world-being a mechanic- which surprisingly she had a little knowledge in too. There was still room for him to teach her something new- how to change a tire. It was very sexy, romantic, and adventurous all at the same damn time. Then they rode off the to get to know each other some more.

In the end of the episode Raquel doesn’t know who she wants to be with. Good thing she has a little time before she chooses. The next episode is probably going to reveal their true flaws and she will probably dump both of them. The way this season has gone I don’t know if any of these women are gonna find love by the finale. I sure hope they do though.

SideNote: Raquel’s black little dress at the end of the episode was very cute. On the other hand her ponytails not so much!

She got played this episode. There’s no way around it, but she was a good sport about it. She also needed it to get her mind off of Malcolm. I’ll admit I was very upset that it had to go down the way it did. Let me explain.

So after saving Keisha from a rude and aggressive man in the club, her English gentleman says he’s in the army and has to leave in a week, but he wants to see all these places in Atlanta before he leaves because it was his first time visiting. Keisha becomes his date and tour guide. They hang out and he puts on this whole act with the accent, says he is going to Iraq the next day and has to leave earlier than planned. The whole nine. She fell for every bit of it too like a fool.

Although, I will admit I found it peculiar that he was a British officer in Atlanta for work. I just never really heard of it, but I let it go for the sake of the story. Plus he was spitting that ying yang all up in Keisha’s ear. I was enjoying the romance of it all for Keisha, after all she deserved it. She quickly got caught up in it too.

Since it was a fling and their last time seeing each other Keisha had sex with him. Right when they’re about to leave one of the maids puts him on blast about who he really is. Turns out that fool works at the damn hotel as a janitor and is from Atlanta. His real name is not William, but LaDamien. Damn homie!!

We also find out he does that all the time to women. It was fun while it lasted I guess. Keisha like the G she is was mad, but took it for what it was and had a good laugh with her girls about it.

Omar “I Found Myself”

Well, in the beginning when old boy put him on blast I was feeling bad for him once again, but this episode was actually a good one for him. We find out that people put pressure on Omar to be a big time designer because he was good at it in school, but he really just wants to do what he is doing- work retail and style people. In other words he’s lazy. We see him maturing a lot this season from a sex-crazed shallow gay guy to a man- a gay man nonetheless.

You can’t be mad at someone being honest with themselves.

#Shoutout to whoever made the decision to Plies “Put It On Ya” I really got hype when it came on. “Ooh Wee!”