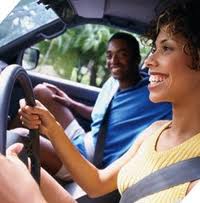 getting some lunch on a regular Tuesday afternoon from Subway. Suddenly, I saw this fine, tall, sun-kissed man walking toward his truck from one of the surrounding shops. I was drawn to him and the tattoos on his arms and chest as he rocked a cut off shirt that was showing his upper body. His tattoos and muscles were playing peak-a-boo as the slight wind blew his shirt to and fro with each stride he took.

Somehow I managed to pass him and gave him a flirtatious smile to draw him in… but he just said “hello” and continued with his day. I sighed as he drove off in his black Ford Explorer.

The day continued on as usual- back to the office. The week flew by.

Saturday morning, I went to the Honda dealership to get my car serviced. I wanted to stay in bed because it was gloomy outside, but I really needed a tune-up and new brakes. It was going to take a few hours, but then I would have the rest of the day to chill.

While waiting I decided to check out some cars on the lot because I wouldn’t mind trading in Stacy, my silver 2003 Honda Civic, for a brand new Accord coupe in a few months.

As I’m strolling past the line of parked cars for sale out walks Mr. Muscles covered up in a blue button up shirt and a tie “Hi, how may I help you today? Would you like to test drive this car?” pointing to the traded in 2003 Ford Focus. I looked at the car, then back at him with an “Um No” expression. We chuckle. It kind of broke the ice for us.

At first, I didn’t recognize it was Mr. Muscles until he extended his arm for a handshake and one of his tattoos were revealed on his wrist. “My name is David, thanks for coming in today,” he said and I extended my arm flashing my flirtatious smile at him while scanning his eyes, “Hi, how are you?,” I replied.

“What car are you interested in?,” he ask.
“The Honda Crosstour has caught my eye a few times on the road,” I say just to make things a little more interesting.

We walk over to the new Honda Crosstour as he is telling me about what it offered. I look interest and give the car a once over as he talks. I can’t tell you exactly what he was saying because in my mind I was plotting, but I’m sure it was the same old car salesman spill. I just added my “oh okay” in where needed.

Okay, its time to take it up a notch ” I don’t know about the Crosstour, do you have a Honda Accord coupe? I need something sleek and fast,” I said as normal and seductive as possible. “Oh you do?!” he replied, picking up on my flirtation. “Well, you’re in luck I have one 2011 left with a V6 engine, fully loaded for you to test drive. Let me get the keys.”

He took my driver’s license. “Wow, this is the best picture I think I’ve seen on someone’s license,” he compliments. I was left blushing while he went to get the keys.

As he was walking back I felt his eyes undressing me and plotting too. Once he arrived back at the car his voice now has a little more bass, and his chest and broad shoulders seemed to have raised up on his six foot frame. His muscles were trying to bust through his shirt, but there was no need to because I still remember what they looked like from before.

We hopped in the car and I started up the engine as our eyes met and they said all the two of us needed to know.

“You’re in luck, there is the perfect industrial area for you to speed down over here. Its usually empty on the weekend,” he said as I accelerate the car and pulled off the lot.

“Great!” I replied as he turned on the radio and opened the sun roof for me.

Five minutes later, my panties were moist from our innocent conversation as I drove 85mph down the long streets. I abruptly stop to test out the brakes… and to startle David a bit. He surprisingly moved the gear into park. I played it cool, but frantically think uh oh I’ve done it this time and he wants to drive us back to the dealership.

I look at him sheepishly out of fear of being reprimanded for the stunt I just pulled. Then he says “That was so sexy!” and lunges at me with a passionate kiss. His hand is behind my head smashing my curly tresses as we intertwine our tongues. WTH is going on?! I push back. He falls back and releases my head.

I look in the rearview mirror and there is no traffic in sight on this long wide road. Carpe Diem! I suppose as I unbuckled my seat belt. I hop over and into his lap, straddling him. His eyes got wide in disbelief as I take the lead. I loosen up his tie as he quickly rubs me up and down before finding my butt and squeezing it, then slapping it. I’m aroused and raise up on my hips.

My hair falls forward on my face as I lean into his face for more kisses. Our teeth nearly touch from smiling so hard and mischievously at each other. He sucks my bottom lip. I blurt out a soft, long moan.

We stop. Breathing heavy. Our eyes lock and we giggle at our teenage-like rendezvous. He pulls the latch and the seat falls back while I unbutton his shirt. I must see those muscles and tattoos again. There they are like hidden treasures on his chest as I rip his shirt off. I nuzzle my head into his neck and begin to kiss on him.

The sensation of his hands caressing my bare skin under my shirt has me going wild. I make my way down his neck and begin to trace his tattoo with my tongue on his right shoulder blade. He nibbles on me and pulls off my shirt.

I continue to lead my tongue around his skin with no end in sight of his tattoo. With heavy breathes he looks down at me, then his head jerks back in the simple ecstasy of my tongue’s strides all over his tattooed covered chest.

The body art has me curious about what it is. His cologne and natural musk make my nose tingle and I get lost in my thoughts as he takes a mouthful of my breast peeking out of its purple casing.

I can’t help but think of how crazy life is and the odds of  seeing him again, here. I lift up and arch my back, coyly smiling while fluffing back my hair.

He smiles back at me and says “I’ve seen you before. I never forgot about that smile.” I’m caught completely off guard as he opens up to me, “I’d hope to see you again after that day I saw you out by Subway.”

I continue to listen and smile.

“Then you appear at my job?… I couldn’t let the opportunity pass again.”

I’m still straddled across his lap sitting up on my hips. I’m in awe and can’t seem to do anything but smile. I lean back in and give him a peck on the lips.

“Doesn’t dinner and a movie usually come before this?,” I joke. I climb back over to the driver side and we prepare to go back to the dealership. He steps out the car to fix his shirt and tie. I look in the mirror to reapply lip gloss and fix my hair.

I can’t help but wonder as we drive back… I was just getting my car serviced #howmybootyendupintheair?

6 thoughts on “The Test Drive”